Thirty Years on from the Velvet Revolution: Minorities and Changes

All of these six people have had to define their attitudes, identities and values vis-à-vis the majority society.  We all know the feeling of finding ourselves out of favor with somebody. Feeling excluded is a painful process – and at the same time, a unique opportunity to become aware of who is who. Clarifying one’s own identity facilitates having one’s own opinion about civic affairs.

By  Barbora Latečková (texts)  and Jana Plavec (photos and videos) 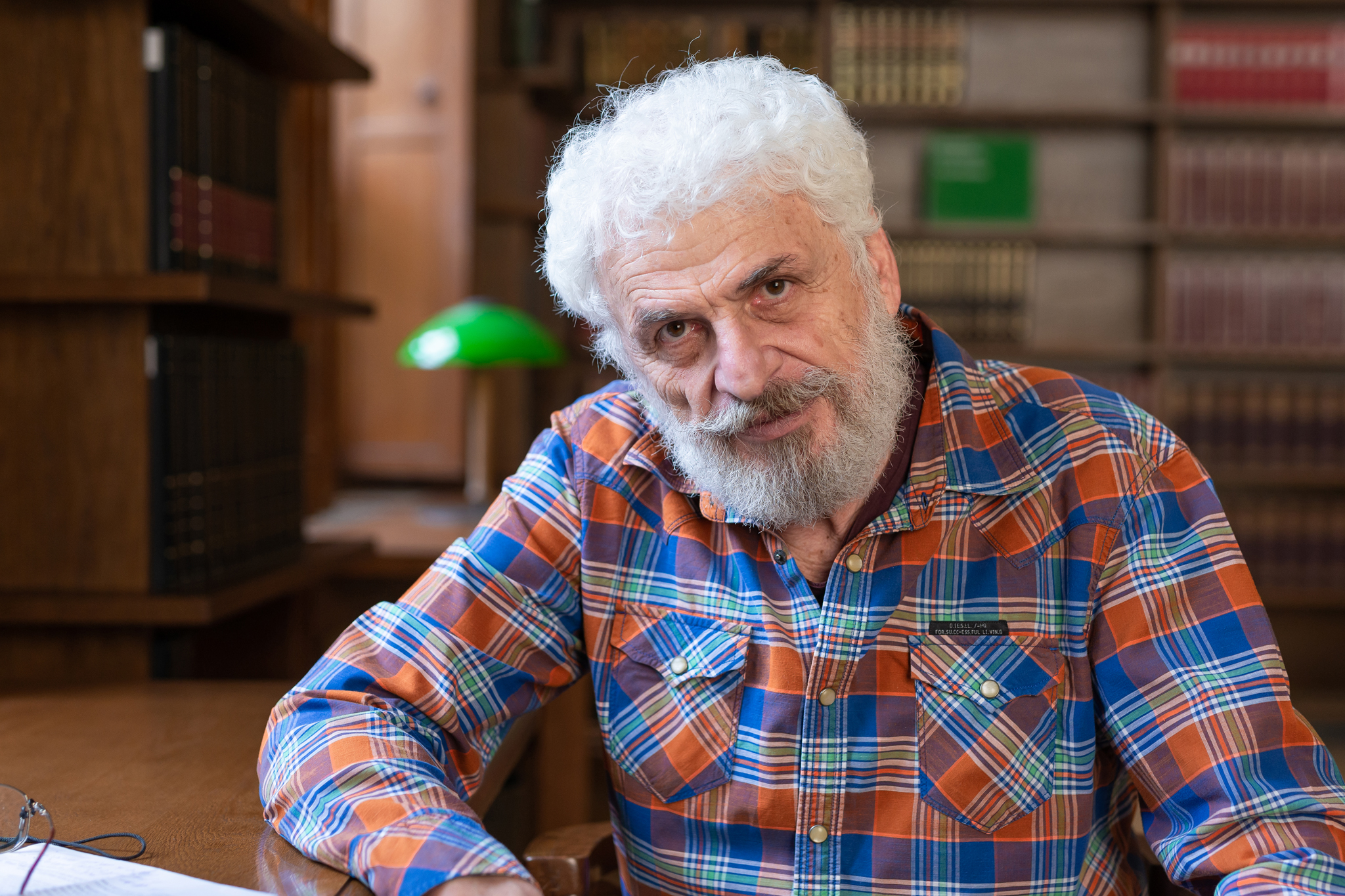 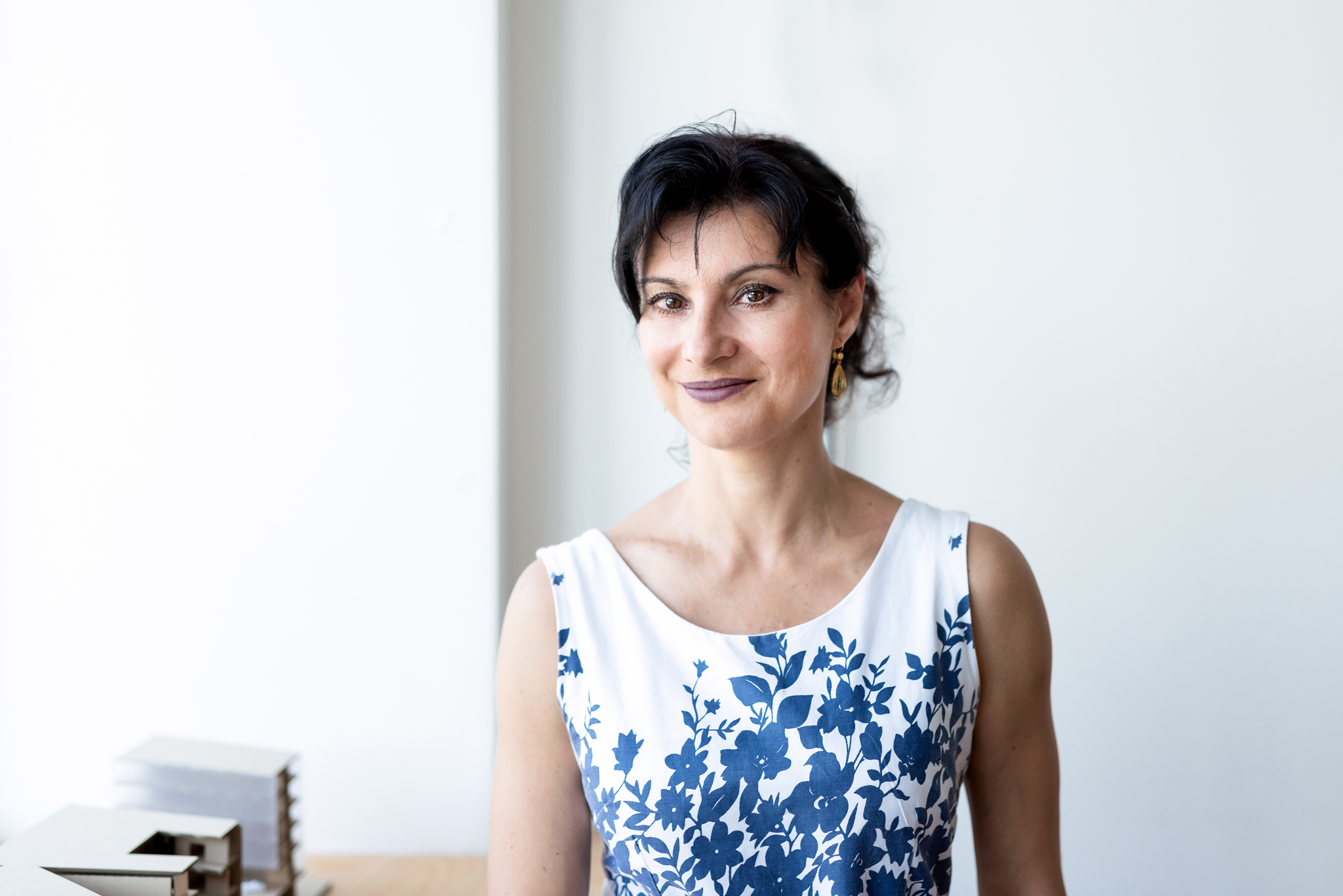 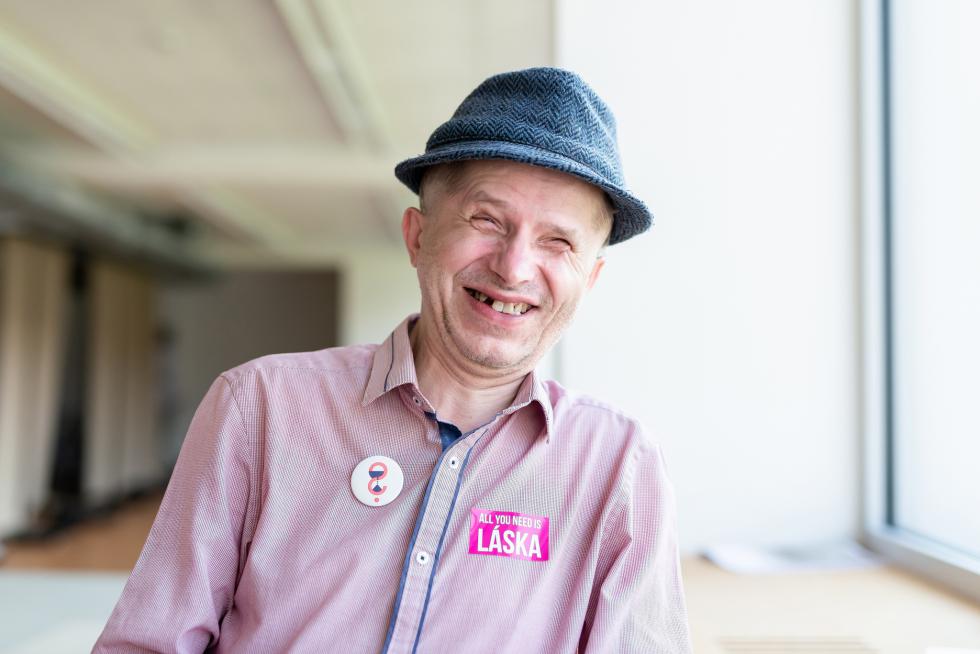 Hearing somebody say ‘You Yid’ was like hearing someone say ‘Dude’ – it wasn’t anything that left behind an emotional scar. That came later. 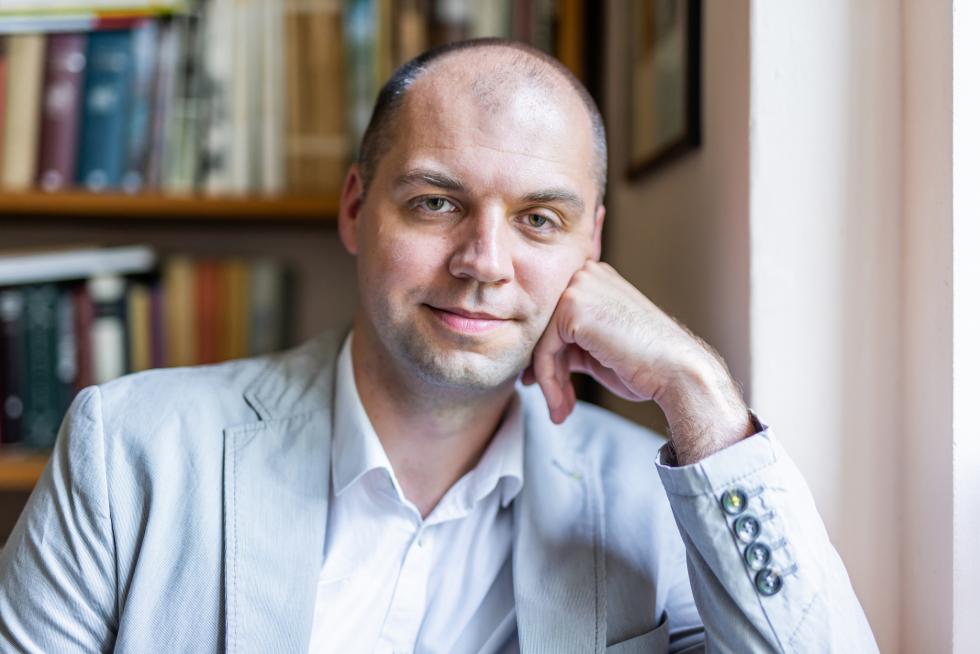 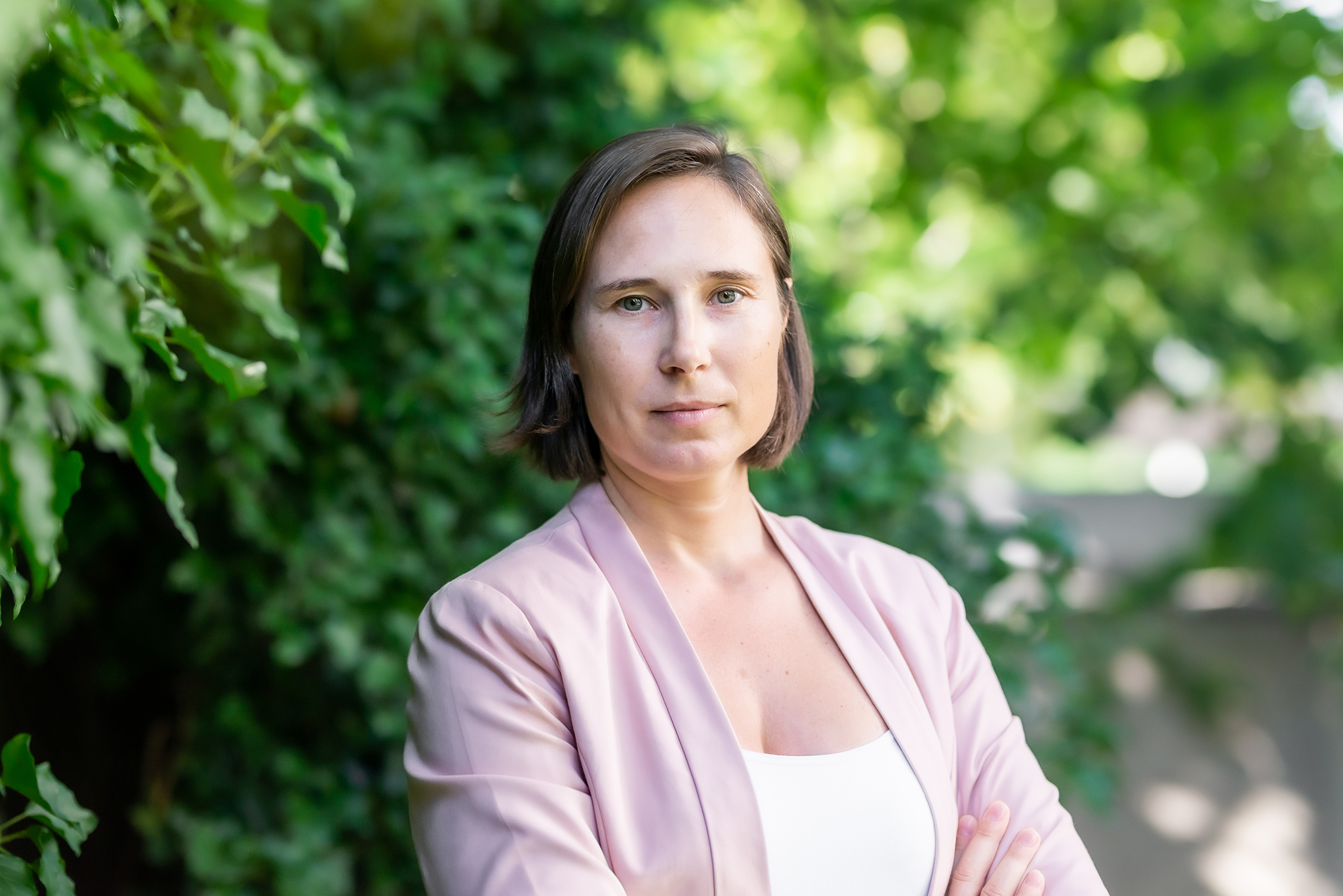 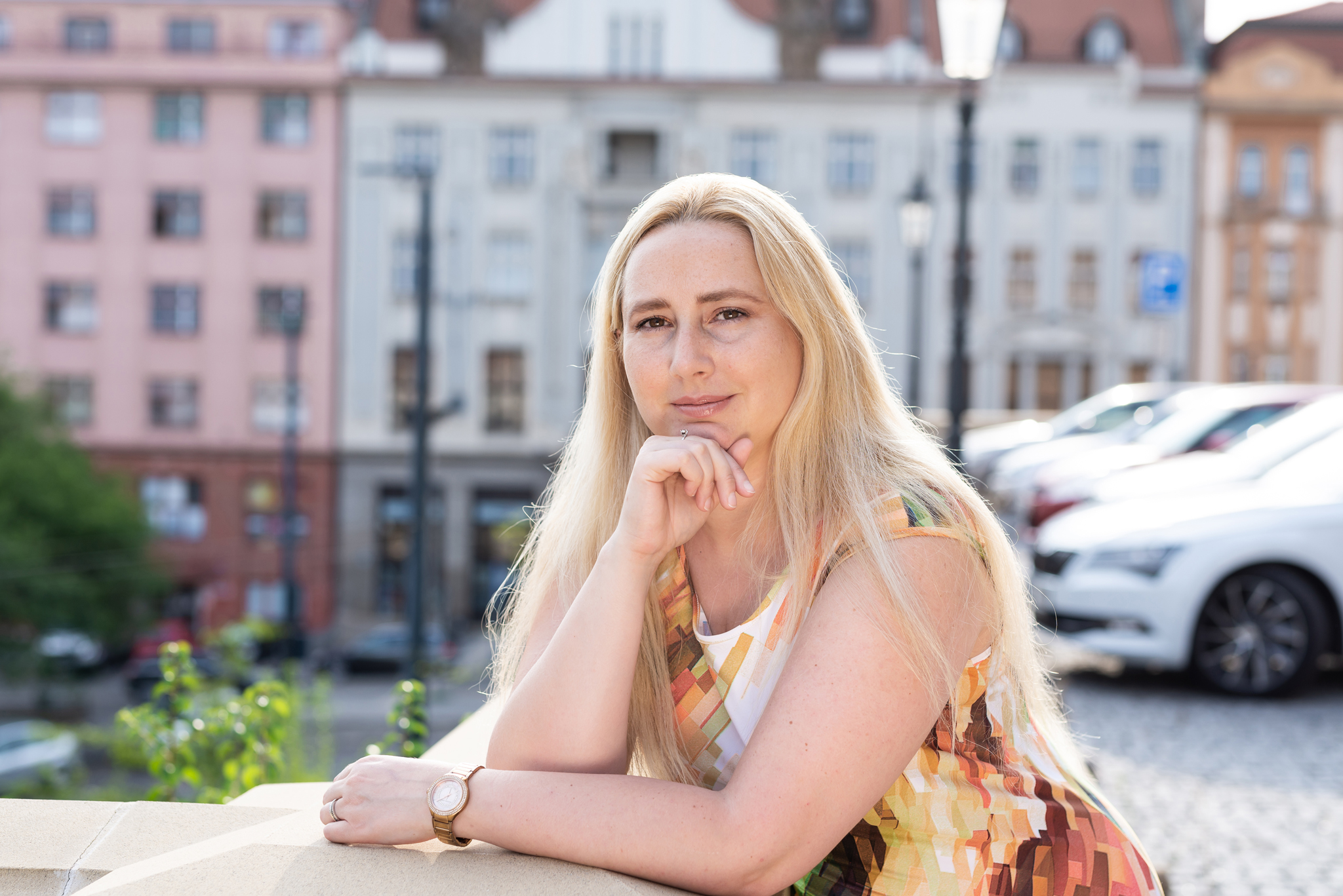 These minority representatives agree that Czech society will open up and eventually it will be all the same what skin color has here, viewed from the perspective of the tendency to more and more freedom of movement and the sense of being a “citizen of the world”, according to Sibai, but it won’t happen right away  - Horváthová mentions that there is now a “lost generation” of citizens from the Romani community, for example. During socialism, society was presented to itself as a monolithic mass, and it was taboo to discuss minority problems. After 1989, minorities hoped they would be able to come back into the light – not just the gay and lesbian people in the proverbial closet, but also Romani people, believers from the “underground church”, etc. While the Antidiscrimination Act has been adopted, members of minorities have proven to be considered appropriate scapegoats by those in the majority society who have been alarmed by this new social system (“We weren’t prepared for this,” is what we hear in interviews about this issue).

As Horáková emphasizes: “The opinion of queer people is changing for two main reasons. Either one personally knows a queer person, or one is influenced by elite opinion. It’s not a subject that one is likely read about at home in the evening, for example. We take up the opinions of our political representatives. If those two things change for the better and more people come out, it will change their overall image as such.”

Fedor Gál, the founder of the Slovak version of Civic Forum in the Czech lands – called “The Public against Violence” – had to emigrate to the Czech lands after the 1989 Velvet Revolution in order to avoid the antisemitic sentiments of his fellow Slovaks. As for Sibai, who is a Czech Syrian, she calls herself a product of multiculturalism and is demolishing the idea of communities of foreign nationals as somehow not integrated into Czech society. How are minorities in the Czech Republic succeeding currently, 30 years after the Velvet Revolution? Who is forming the conscience and the identity of the majority Czechs? 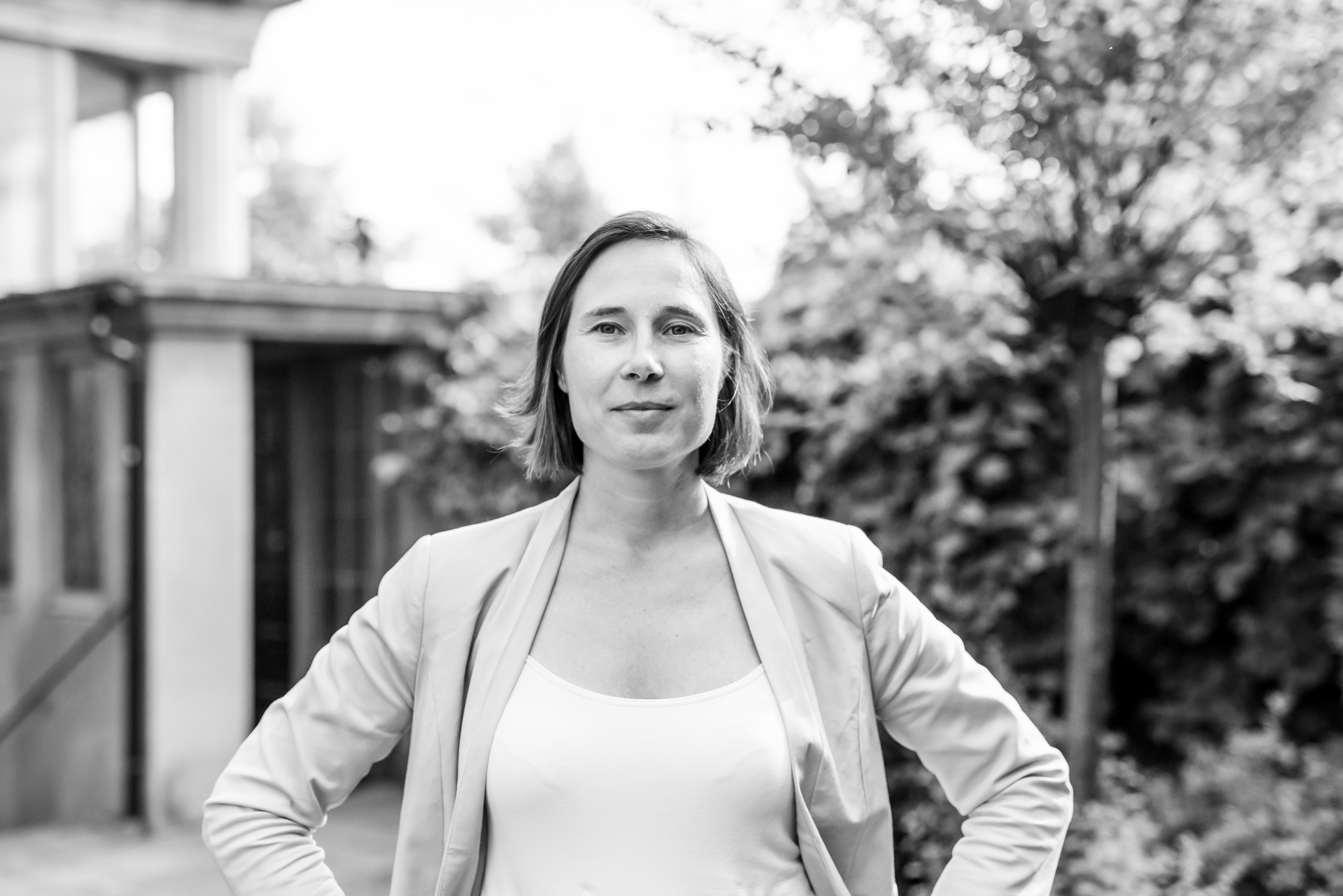 Whom you love should not decrease quality of your life

At the urging of her friends from the “We Are Fair” (Jsme fér) movement, Adéla Horáková left her successfully launched career as a top attorney in 2014 and began to dedicate herself to LGBT activism. In the Czech lands she supports marriage equality for gays and lesbians. Politicians comprehend this issue as a question of values, but they are out of step with the attitude of most Czechs on this issue, who approve of marriage equality, according to public opinion polls.  Probably the most prominent difference can be seen among Christian Democratic voters, who are far more liberal than political representatives of that party or church representatives.

The value of a person, in my opinion, cannot be defined by nationality, sexual preference, or membership in a religion. 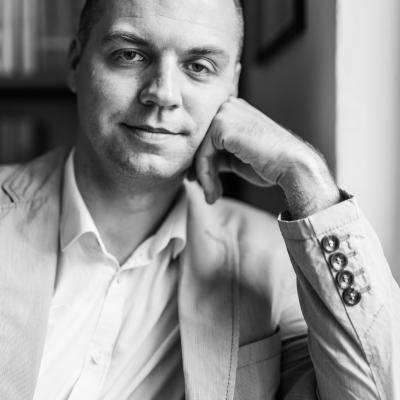 Vladimír Volráb, a vicar with the Czechoslovak Hussite Church, has this to say about the issue of the LGBT minority: “The value of a person, in my opinion, cannot be defined by nationality, sexual preference, or membership in a religion. I don’t share the opinion of the church representatives who are critical [of marriage equality]. I have observed that there is no small number of people on this side of the issue. People are fine the way they have been created. It is not necessary to change them.”  How does he attempt to the members of other minorities? “We employed a Romani gentleman for many years who was homeless,” he says. “He continues to live in the evangelical community.” 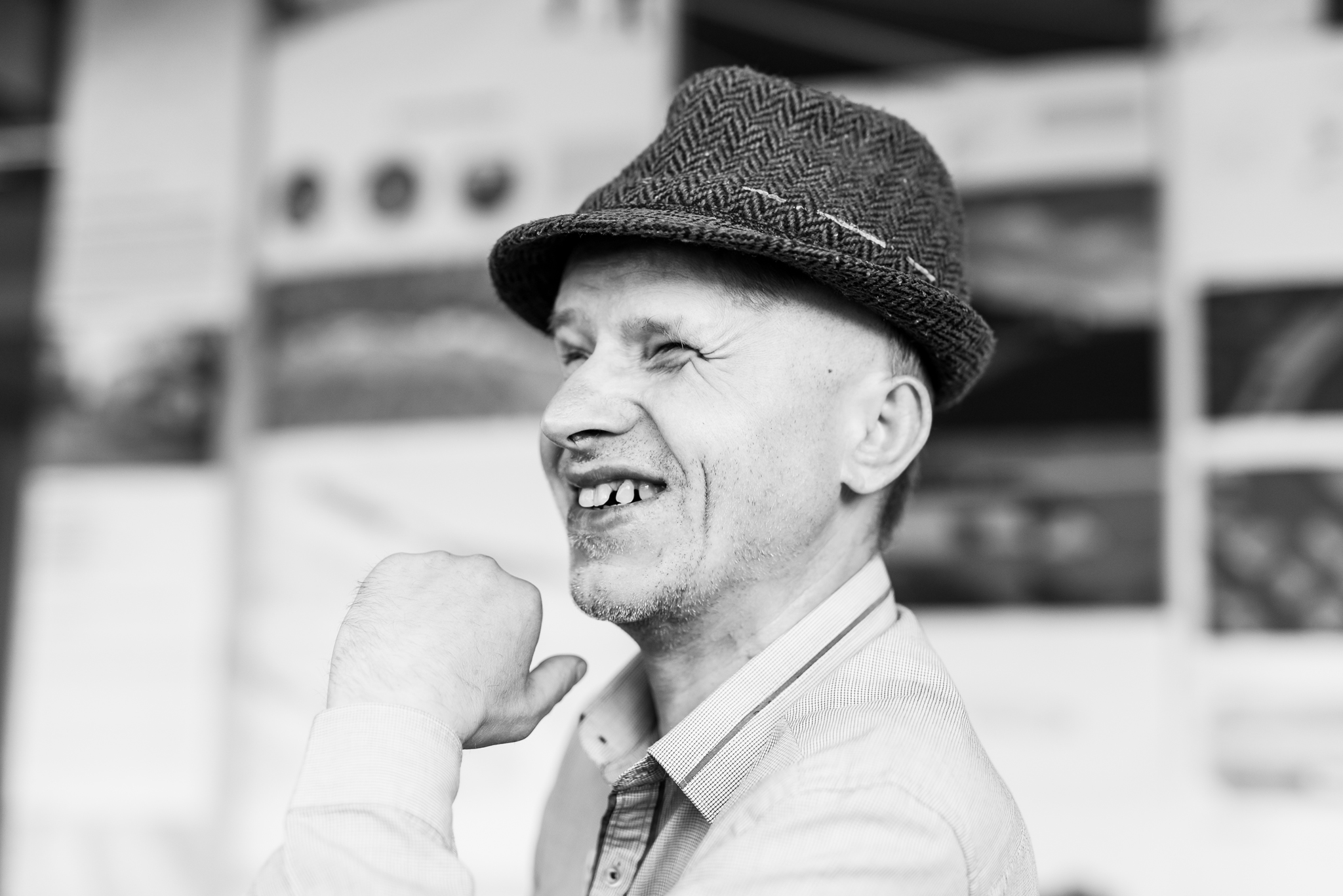 If I had been forced to live that way longer, I might never have returned to living among “normal” people.

Slavko Ševčík, a person who contracted polio and lives with a physical disability today, tells us how easy it is to end up homeless today. In the hurried days of the 1990s, when all of society was full of dreams about getting rich quick – and full of traps – those who were less aggressive or assertive were at a great disadvantage. Fortunately, Slavko only had to sleep outdoors for just a couple of months, but he says it that if he had been forced to live that way longer, he might never have returned to living among “normal” people.

I began visiting the archives. I started to be proud of my roots. 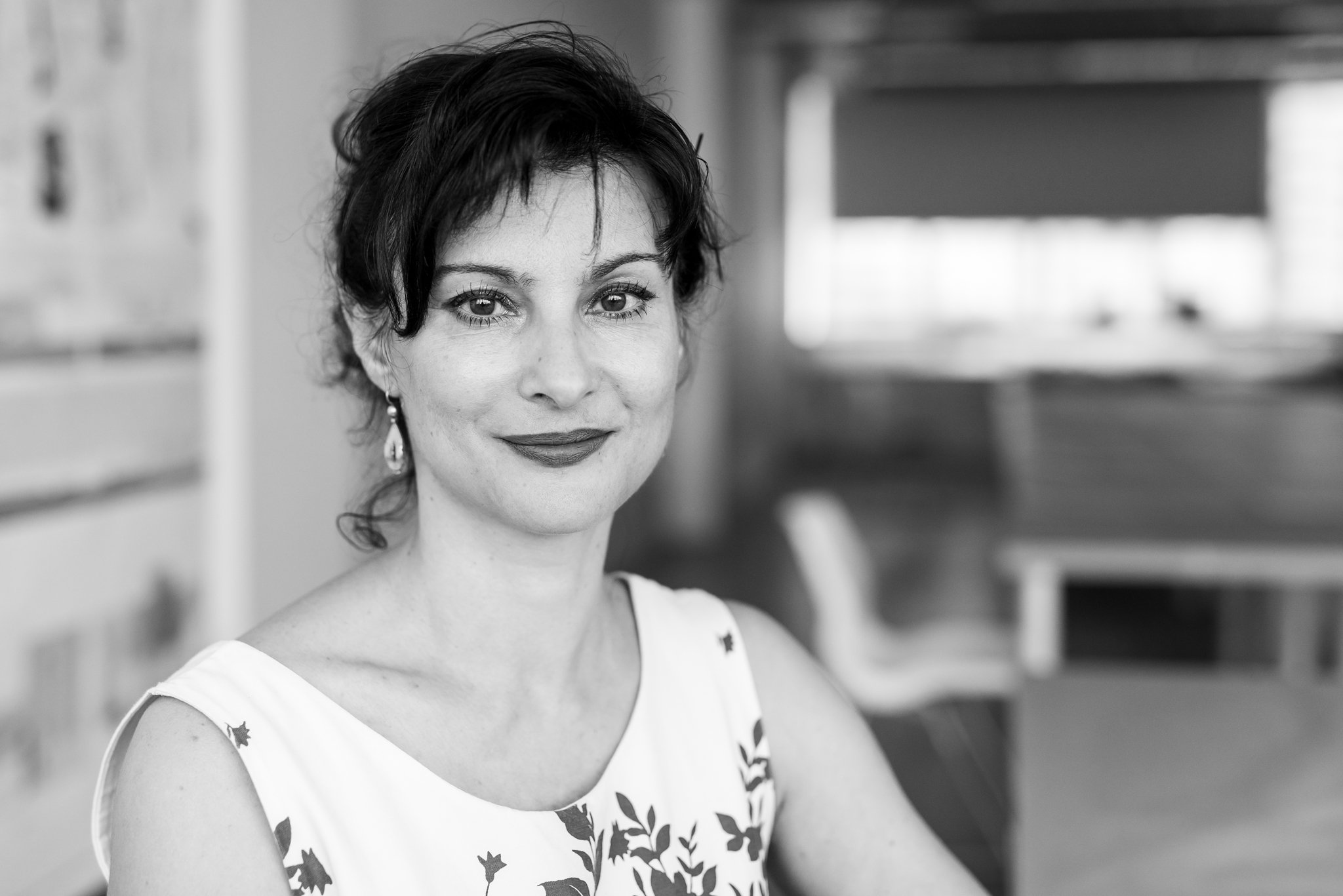 Jana Horváthová, Director of the Museum of Romani Culture in Brno, reveals the following to us: “During the second year of college I underwent my own ‘coming out’ as Romani. I had a complex about my own origins. I was concerned that if my fellow students found out, they would laugh at me.”   The historian Ctibor Nečas, who performed research into the experiences of Romani people during the Second World War and who invited her to collaborate with him on that research, encouraged her to be proud of her heritage. “I began visiting the archives. I started to be proud of my roots.” We also learn from the interview that during the interwar period, Romani people had begun integrating into Czech society. “There were [Romani] college prep students, young apprentices, even women were attending secondary school. The fact that they were absolutely annihilated [Author’s note: 90 % of the Roma indigenous to Bohemia and Moravia were murdered in the concentration camps during the Protectorate] meant they were all forgotten. Who today knows anything about those historical Romani figures? “ 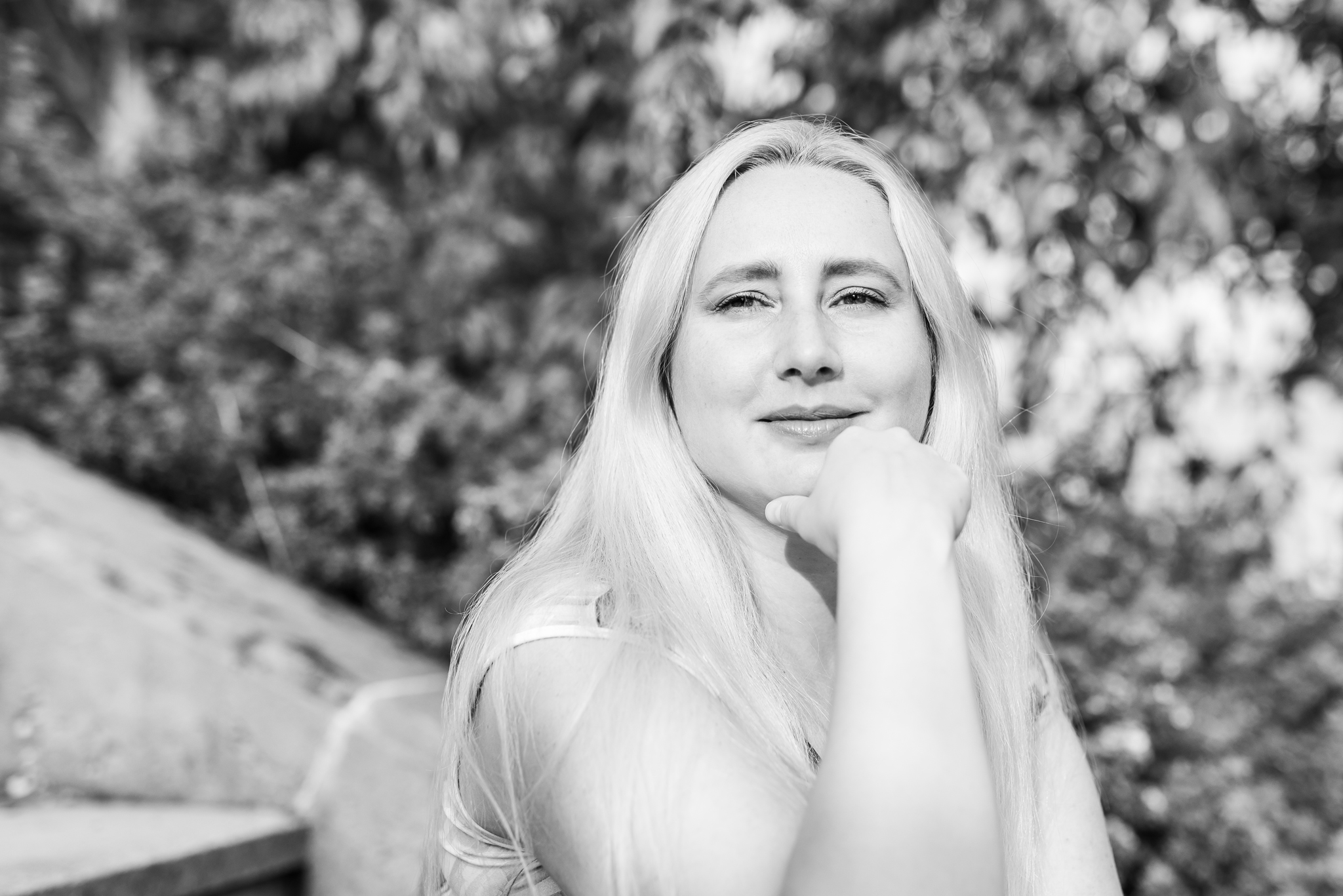 My grandmother told me that she had experienced the same mobilization against Jewish people under Hitler.

Samira Sibai, an activist and doctor of Czech-Syrian origin: “We arrived here in mid-1990, euphoria reigned in the Czech lands, everybody was smiling at each other in the streets, nobody knew exactly what they were meant to do now.”  She began to perceive a change for the worse for her own community after the “migration crisis” erupted. “The biggest hysteria broke out around the year 2015. The difference was enormous. Czechs knew the Arab world, at the very most, indirectly, through Angelika [translator’s note: A 14-volume French novel series translated into Czech, set in the 17th century, and including an episode where the title character ends up in the harem of a Moroccan sultan]. Sibai and her friends from the community of ethnic Syrians have been doing their best to explain that they do not pose a danger to Czech society and that this their home too. “It was impossible to discuss these issues with people here, though, so the Czech-Syrian volunteers stopped trying. This is an evil against which it is impossible for us to defend ourselves. My grandmother told me that she had experienced the same mobilization against Jewish people under Hitler.” 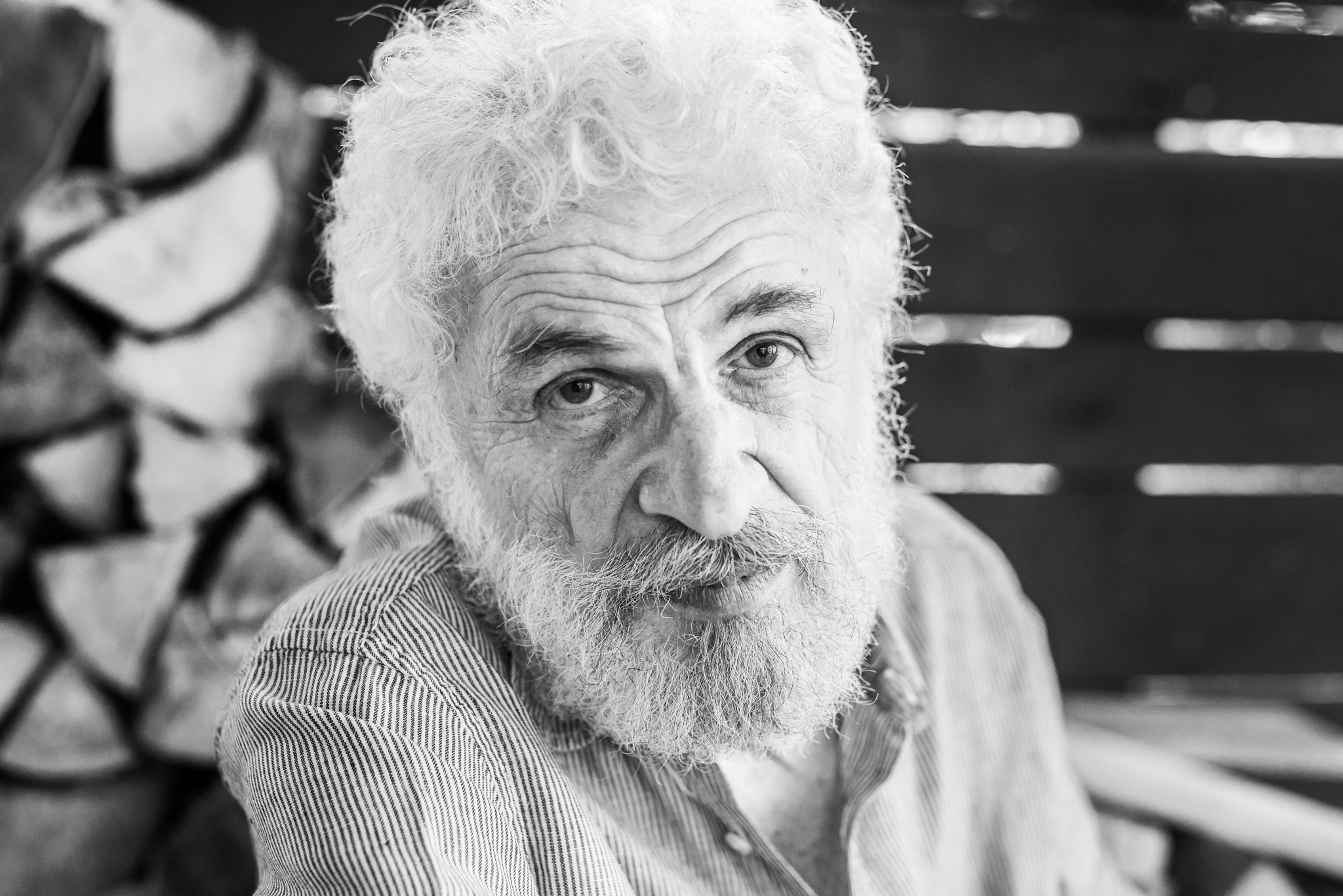 After 1989, the lid came off the pressure cooker – it’s not true that suddenly we began to hate Gypsies and Jews. People were disoriented, frightened.

Fedor Gál, a Jewish writer from Slovakia, author and politician: “I feel like I am a minority member in Prague, because I live in the Žižkov quarter. I feel like a minority politically, because whenever I’ve gotten politically involved, I’ve been smeared. Most frequently, however, I’ve been confronted with my Jewishness.” Antisemitism is strongly rooted in society. “The show trials in the 1950s had a distinct antisemitic subtext – take the Slánský trial. Accusations of Zionism were one of the key charges, and of the 11 people executed, I believe nine were Jews.”   He assesses the transition to democracy after the fall of communism as follows: “After 1989, the lid came off the pressure cooker – it’s not true that suddenly we began to hate Gypsies and Jews. People were disoriented, frightened.”

Thirty years ago, communism did not last, but fell. The philosopher Jan Sokol noted in one of his books that an ideology based on hatred instead of on love for those around us has never been viable. People’s moral compasses, however, were being reset, and sometimes they find their way only with difficulty. How can the integration of minorities into Czech society and the problems related to this issue be addressed in the future? Again, let’s borrow the words of Fedor Gál: “Complex problems associated with the environment, migration, and artificial intelligence await us, but as the 14th Dalai Lama told us:

All problems will become more solvable if we will behave towards one another in a way that is more becoming, more kind, and more warmhearted.