study
International influence-building is a legitimate goal pursued by all nations to expand their room for manoeuvre and enforce their political, security and economic interests. However, Orbán’s influence-building efforts have several specific features that differ from the practice of democratic countries. This study by Political Capital analyses Orbán’s international alliance building efforts.
By Political Capital 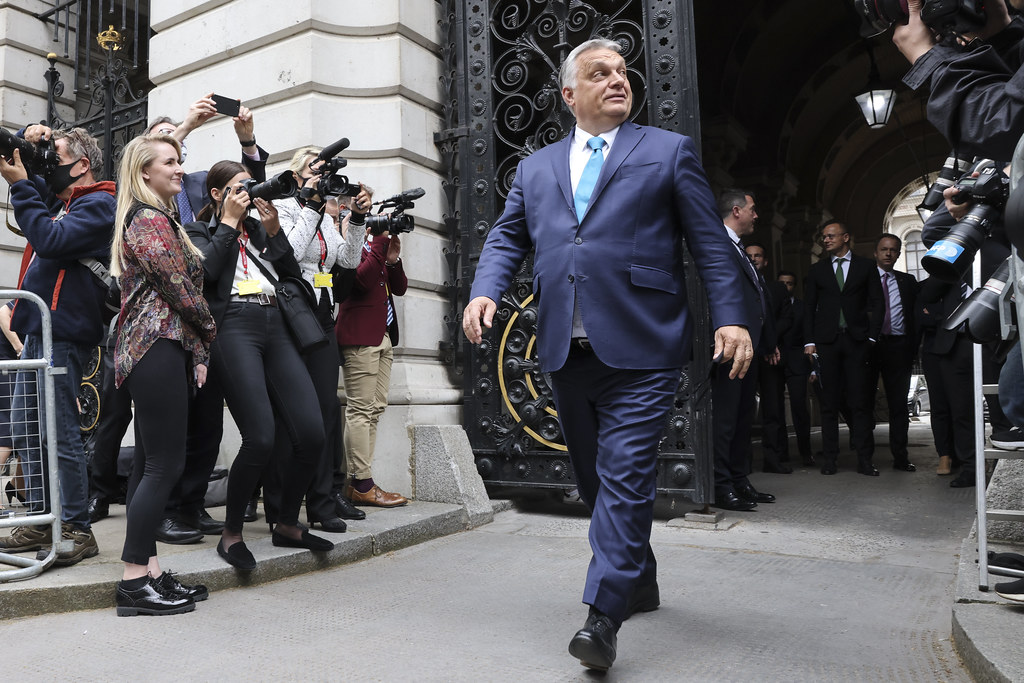 The building of Hungarian political influence

International influence-building is a legitimate goal pursued by all nations to expand their room for manoeuvre and enforce their political, security and economic interests. However, Orbán’s influence-building efforts have several specific features that differ from the practice of democratic countries. This study by Political Capital analyses Orbán’s international alliance building efforts.

Visegrad shaken to its core, Hungary in isolation

analysis
While the war in Ukraine has further reshaped the V4’s power dynamic, the Hungarian Government seeks allies outside of mainstream Euroatlantic cooperation to overcome its self-defeating isolation.
By Edit Zgut-Przybylska

Stance of the V4 countries towards Russian military aggression against Ukraine

Russia's open military aggression against Ukraine has provoked strong reactions around the world. The V4 countries, whose outwardly apparent unity seemed to be crumbling, also took a stance. How serious is the schism between Poland, Slovakia and the Czech Republic on the one side and Hungary on the other? Is the breakdown of V4 inevitable or is there still a room for cooperation? Slovak political scientist Grigorij Mesežnikov reflects on the current state the Visegrad Group finds itself in.
By Grigorij Mesežnikov

analysis
In 2018, Prime Minister Viktor Orbán stated he wanted to establish a "new social contract" with Hungarian women about their role in the future of Hungary, as the demographic future of the country hinges on them. This article observes the effects of Orbán's pronatalist policies of the past decade.
By Orsolya Bajnay

The key to countering the Orbán regime is hard work, not a miracle

analysis
Since April 2010, when Orbán's government was first given the constitutional mandate to govern by a democratic election, countless large-scale demonstrations against them have taken place in Budapest. Yet the regime is still in place. Moreover, in April 2022, it received a constitutional majority for the fourth consecutive time. This ostensible contradiction needs to be understood if a viable alternative with a chance of victory is to emerge in the increasingly autocratic state of Hungary.
By Andrea Szabó

Pros and Cons of the European Media Freedom Act

Článek
Czechia has firsthand experience with a prominent politician controlling his media. Therefore, we must not stay on the sidelines. It is of the utmost importance that Czechia support the creation of this legislation, MEP Marcel Kolaja (Czech Pirate Party, Greens/EFA) says regarding the Media Freedom Act.
By Marcel Kolaja

Orbán's regime set out to promote political realignment in Europe

analysis
A recent EP report on the risk Hungary poses upon the values of the Union stated that "the lack of decisive EU action has contributed to a breakdown in democracy, the rule of law and fundamental rights in Hungary, turning the country into a hybrid regime of electoral autocracy". Despite this unusually clear definition, there are still doubts about effectively addressing the rule of law problem within the EU.
By Róbert László

analysis
On 15 September, without prior public consultation, the Hungarian Interior Minister issued a decree protecting foetal life and amending the country’s relatively liberal abortion rules. This article investigates the background to this decree, taking a critical view of the flagship family policy of the alliance between FIDESZ and the Christian-Democratic People’s Party governing Hungary since 2010.
By Anna Frenyó

Interview
Orbán's voters look at the first news they get; they do not search out independent media. His methods are also being adopted in other countries, which is why we need to be alert to any change the government makes that creates an unfavourable environment for journalists, thinks Attila Mong of the Committee to Protect Journalists.
By Barbara Zmušková