The nuclear legacy nobody wants

Czech nuclear reactors have so far produced at least 4000 tons of highly radioactive waste. If the number of reactors grows, so will the amount of waste produced. The government has long declared itself in favor of developing nuclear energy even as it still does not know how to solve the nuclear waste problem. Martin Sedlák takes a look.

Locals and municipalities vs. the state: 20 years of dispute

The Czech concept for nuclear waste abatement counts on building storage facilities for it underground. Until that capacity is built, “barrels” of spent nuclear waste remain at intermediate storage facilities on the sites of these power plants. The state has given the responsibility for finding an appropriate location for such storage underground to the Radioactive Waste Repositories Administration (RWRA).

The full version is published @ the Heinrich-Böll-Stiftung's website Energytransition.org here.

Benedek Jávor: the Commission should not have approved the Paks II project

During his visit to Prague in November 2016, Hungarian MEP Benedek Jávor gave interview to EurActiv.cz on the latest development around the controversial project of Hungarian nuclear power plant Paks II. 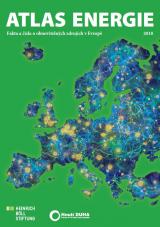 The Czech Nuclear Vision: An Elephant on Feet of Clay

The Czech Republic’s new government has made one of its central promises to build new nuclear reactors. Most administrations have made similar pledges, but new ground has not been broken since 2004. Martin Sedlák asks: can the government succeed this time?