Analysis
After the Croatian election, significant novelties have appeared on both sides of the spectrum, including emergence of sizeable green force in parliament.
By Tena Prelec

Article
February 2020 will be written into the modern political history of Slovakia as a month with a great turning point which combined in a special way two dramatic themes in the internal political development of the country. The first area was a two-year civil society effort to make a major social change after the investigative journalist Ján Kuciak and his fiancée Martina Kušnírová were murdered in February 2018 by order of the mafia. The second area was the overwhelming victory of the opposition over the dominant party, Smer-SD, in the parliamentary elections of 2020.
By Grigorij Mesežnikov

Article
Slovak political landscape is exceptionally fragmented ahead of February 29 general elections. One of the last opinion polls published before the election polls moratorium foresees eight parties to be represented in the parliament. However, conceivable scenarios include 6 to 12 parties possibly entering the parliament.  This pre-election analysis was published by EuroPolicy in cooperation with the Prague office of the Heinrich-Böll-Stiftung.
By Zuzana Gabrižová

The Stakes of the Local Government Elections in Hungary

analysis
Local government elections will be held in Hungary on Sunday, October 13th. The campaign has been marked as the dirtiest ever known in the country.
By Nóra Dioszegi-Horvath

The situation in Hungary is unchanged

analysis
Political Capital’s analysis of the relationship between the European People’s Party (EPP) and Fidesz, Fidesz’s suspension, and its consequences in Hungary.
By Attila Juhász

Parallel judiciary system in Hungary is to the Government's taste

analysis
The Hungarian government is about to form a parallel judiciary system where politically sensitive cases could be moved.
By Bernadette Somody
All articles on "Europe" 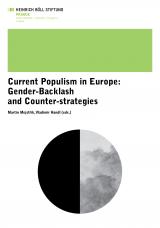 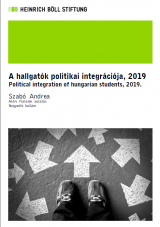 In many countries around the world people are protesting against injustice, abuse of power, dire living conditions, and they are campaigning for higher standards. In the process new forms of citizens’ participation in political and administrative processes are evolving. We support all attempts to achieve greater democratisation and participation.

The City is for All

Public debate: Populism and the pandemic in Central Europe

May
Book presentation and discussion Wednesday, 19. May 2021 in
Prague