Feminists, Islam, and The Middle Ages: Czech Literature in the Context of Culture Wars

Essay
The current clashes over values are reflected even in works of Czech literature and capture the imagination of both living classics and the incoming generation of writers. Although ideological arguments primarily follow the liberal-conservative dividing line, the realm of literature also is familiar, especially inside the liberal opinion camp, with an inwardly oriented critique, or exaggerated narratives with highly ambivalent meanings.
By Stefan Segi

Pandemic management on the backs of women in Hungary

analysis
The Covid-19 pandemic has exposed and further exacerbated many inequalities - especially the ones concerning woman.
By Eszter Kováts

Article
Slovak political landscape is exceptionally fragmented ahead of February 29 general elections. One of the last opinion polls published before the election polls moratorium foresees eight parties to be represented in the parliament. However, conceivable scenarios include 6 to 12 parties possibly entering the parliament.  This pre-election analysis was published by EuroPolicy in cooperation with the Prague office of the Heinrich-Böll-Stiftung.
By Zuzana Gabrižová

The Prague Spring ended with the Soviet Invasion in August 1968, when many had lost their faith that the regime can change, and the political representation has any degree of independency to Moscow. During the first day of occupation, 58 civilians had died as a result of shooting, explosions, or various accidental deaths. Many citizens who were abroad at that time chose to not come back. Yet there was a resistance to the events.
Alle articles on "Gender Democracy" 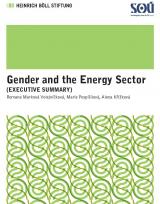 Gender and the Energy Sector

Romana Marková Volejníčková, Marie Pospíšilová and Alena Křížková from the Institute of Sociology, Czech Academy of Sciences, in cooperation with the Prague office of the Heinrich Böll Foundation, have collaborated on the preparation of the Czech-language publication Gender a energetika (“Gender and the Energy Sector”). The English translation which you are now reading is an excerpt from this publication and contains the most significant research findings and recommendations in the individual thematic areas. 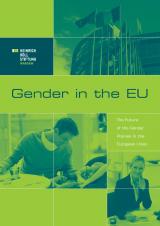 Gender in the EU: The Future of the Gender Policies in the European Union

The publication was elaborated within the framework of the Regional Program “Gender Democracy/ Women’s Politics”. It contains contributions presented at the regional conference “Gender in the EU. The Future of Gender Policies in the European Union” which took place in Warsaw on 28 October, 2009.

In many countries around the world people are protesting against injustice, abuse of power, dire living conditions, and they are campaigning for higher standards. In the process new forms of citizens’ participation in political and administrative processes are evolving. We support all attempts to achieve greater democratisation and participation.

The City is for All