Reasons why we need to have the eco-feminist movement strongly present in Stockholm this June 2022.

Teaser Image Caption
Tacuapy, Guazi, Paraguay: The use of pesticides on a soybean field fills the neighbourhood with concern.

I was born in the 1960s. It was the time of the Vietnam War, when the pesticide Agent Orange was used as a weapon of war, leaving behind polluted soils, water and children born with irreversible birth defects. It was a time of global nuclear arms build-up during the cold war, threatening the very survival of the planet. It was the time of the ‘Green Revolution’ in India, as a means to finally shed the shackles of colonialism, but with its intensive use of pesticides also bringing chemical pollution and health risks which Rachel Carson had warned about in her book ‘The Silent Spring’.

The 1972 United Nations Conference on the Human Environment paved the way for governments to finally address the human health and global dimensions of environmental pollution. It was a historic moment, which allowed for the first time the engagement of civil society, with their parallel forum. It really brought together the environmental, peace and human rights movements. It was the first time China joined a United Nations global conference, who together with India, brought the notion of the right to development in order to reduce environmental pollution into environmental governance negotiations. It was historic also in the sense that the Soviet Union boycotted the conference. The impact of the UN 1972 Conference in Stockholm has been essential for where we stand today. It advanced the creation of ministries of environment in the first environmental policies of the European Economic Community. A few years later, the first ‘Green Party’ was created in Germany, amongst others with eco-feminist leader Petra Kelly.

It was in Rio de Janeiro in 1992 at the next United Nations Conference on Environment and Development (Earth Summit), that not only more governments than ever before joined a UN conference, but also civil society joined in large numbers. The ‘Global Forum’ was a huge tent-camp in Flamengo Park on the beach, with 10-17.000 non-governmental participants, as had never been seen before at a UN conference. I had joined the few women from Europe who were there, including Marie Kranendonk of WECF, on invitation of the ‘Planeta Femina’ (the Women's tent) a group of feminists, with leadership from Wangari Maathai (Kenya), Vandana Shiva (India), Thais Corral (Brazil), Chief Bisi Ogunleye (Nigeria), and Bella Abzug (USA). We eco-feminists had our own tent where we were working day and night to provide input into the texts being negotiated by governments. Bella Abzug (WEDO), a lawyer herself, had earlier organised a ‘people’s tribunal’ during the Women's Congress for a Healthy Planet in Miami, bringing cases by women leaders to ‘court’ on how environmental pollution and destruction were an attack on their human rights. It was the first time that human rights and gender equality were put as a priority for environmental policies (Wendy Harcourt, Irene Dankelman). The pressure from the ‘Global Forum’ helped to bring strong results from the Rio 1992 UN conference, the Rio Declaration with its 27 principles including principle 20 on women's full participation, the Agenda 2021, and the creation of the Conventions on Climate Change and Biological Diversity.

For the first time in the history of the United Nations, civil society in its diversity were recognized as important stakeholders (Major Groups) to help achieve Sustainable Development. And the ‘Planeta Femina’ had advocated loudly and strongly that the women in all their diversity should have their own seat at the table, leading to the recognition of the Women’s Major Group, alongside eight other groups of civil society. The ‘Planeta Femina’ also contributed to chapter 24 of Agenda21 on the role of women in sustainable development, and why that requires heaving out of the way the discriminatory barriers women face in law and traditional gender roles. In all, Agenda21 has over 145 references to the priorities and rights of women in sustainable development.

Back in 1972, in Stockholm, one of the main issues of debate had been about population increase and its impact on environment. In Rio 1992, we had to fight hard to debunk this same argument, which was inciting governments to justify draconian measures to control women’s reproductive rights, including in Brazil itself, where women from indigenous and lower income communities were often coerced into sterilisation. We managed to change the discourse, showing that the environmental impact of one person from the United States was ten or even a thousand times worse for the environment than from a person from the Global South (Journal of International Affairs, Ernst U. von Weizsäcker). The per capita emissions of pollution and waste were the highest for Americans and other Global North countries. We argued we should stop blaming women in the Global South for having children and finally change the environmentally harmful production processes, and the over-consumption in the Global North. This then led to President Bush to retort angrily, that ‘the American lifestyle was not up for negotiations' at UNCED.

Rio 1992 agreed on key principles of sustainable development, including the ‘Polluter Pays’ Principle (no. 16) and the Precautionary Principle (no. 15). Too often, the most vulnerable pay the cost of the pollution created by more powerful corporations and states. In the same year of 1992, the Basel Convention came into force, which had resulted from one of the many waste trade pollution scandals, the Khian Sea waste incident, where a ship carrying highly toxic incinerator ash from the United States dumped it on a beach in Haiti. When pollution is suspected to have long-term, irreversible impacts and destroy the lives and livelihoods of people, the Precautionary Principle, introduced at Stockholm 1972, has to be an imperative. The ‘burden of proof’ is to be on the polluter, not on the victims of the pollution. The Precautionary Principle was key in the development of new environmental treaties such as the Stockholm Convention on chemical pollution, and the Rotterdam Convention that require prior informed consent before harmful products such as asbestos can be brought into a country. In the negotiations of these conventions, the role of Indigenous peoples from the Arctic, in particular women activists, has been key. Their health and livelihoods are threatened by the persistent organic pollutants (POPs), that were and are used in our countries such as DDT and other pesticides, and industrial chemicals, but then migrate to the North pole and other remote regions, with a risk of leading to infertility, cancer, and other often irreversible diseases.

As a result of Rio1992, environmental governance made great advances. The UN Framework Convention on Climate Change, and on Biological Diversity were set in motion, and the key principles of the Rio conference were being transposed into national and regional legal frameworks. They included the polluter pays and precautionary principles, and also Principle 10 on the right to access justice, information and participation on environmental matters, resulting in the UNECE Aarhus Convention, which has civil society representatives in the bureau. Our colleagues from Black Sea Women’s Club in Odessa, Ukraine, made use of the Aarhus Convention in their court case opposing the pollution by the oil industry in their neighbourhood. The judge gave them access to the environmental information that finally led to their victory of the court case.

Our eco-feminist movement was actively engaged in the implementation of the outcomes of the Rio1992 conference. We got the Women and Gender Constituency officially recognized in the climate negotiation process, and have been a powerful civil society constituency since 2006. We focus on the one hand on what we call ‘false solutions’ promoted by private sector groups. Our constituency exposes and resists unsustainable technical climate activities, such as nuclear energy – which is entirely unsustainable – and large-scale monoculture tree plantations that destroy biodiversity, local people’s livelihoods and result in pesticide pollution. On the other hand, we demonstrate what should be at the core of climate programs and funding: “gender-just climate solutions” where local democratic control over climate solutions, with women’s leadership, are protecting communities and natural resources, and transiting away from harmful practices that degrade the climate and environment.

Environmental Health has been a key focus for our organisation. The health impacts of chemicals, waste and minerals such as mercury are devastating as they are often irreversible, and affect children in particular. The Stockholm Convention to ban the most hazardous chemicals globally resulted in the European Union’s chemicals regulation REACH (Registration, Evaluation, Authorisation and Restrictions of chemicals), thanks to the tenacity of the then Commissioner for Environment, Margot Wallström, with strong support and engagement from the environmental and eco-feminist organisations. Even though progress is slow, and the chemical industry uses all the loopholes, these legally binding processes are helping to stop the pollution with carcinogenic, reprotoxic and endocrine-disrupting chemicals. And thanks to the continued advocacy by civil society, including our partner networks, the global convention to ban mercury has recently been adopted. This year at the UN Environment Assembly, governments decided to start negotiating a global treaty to end plastic pollution.

Why does this matter now, on the anniversary of Stockholm+50? Because we now have all the science, the social, economic and technical solutions, for a just transition to avoid a total climate and environmental collapse of our planet. But while we have this knowledge, we don’t have the political will, and see a strong pushback against environmental governance, including against the gender-justice principles of this transition. As in 1992, we still have a handful of billionaires responsible for the highest climate impact, while those least responsible for the disaster are faced with total loss of livelihoods (Oxfam), with women and children being the majority of those destitute (European Parliament report). We all need to resist the billions of investments and subsidies that continue to go towards climate-damaging activities – from bailing out airlines to subsidizing industrial agriculture – and push for a just transition to a care economy that is sustainable and fair, that invests in social protection, health and child care, that has polluters pay for loss and damage, and that creates safe and green jobs for people in all their diversity - for women, men and nonbinary people, from all countries and backgrounds.

That is why we need to have the eco-feminist movement strongly present in Stockholm this June 2022.

Sascha Gabizon is International Director of the organisation Women Engage for a Common Future (WECF).

This is a translation of a text first published in the magazine Böll.Thema 50 years of international environmental policy. 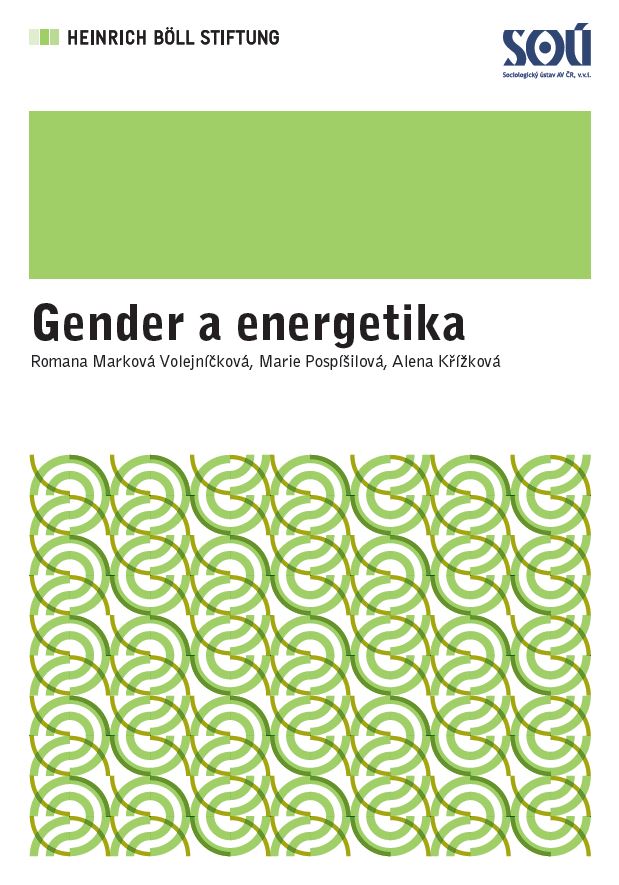 "Human rights should be the starting and the ending point"

Interview
Emilia Reyes is an international advocate for women's rights and an expert on gender-responsive public policies and budgets and sustainable development, including comprehensive disaster risk management and climate change. She highlights the necessity of degrowth and the problems of our global neoliberal system.
By Emilia Reyes