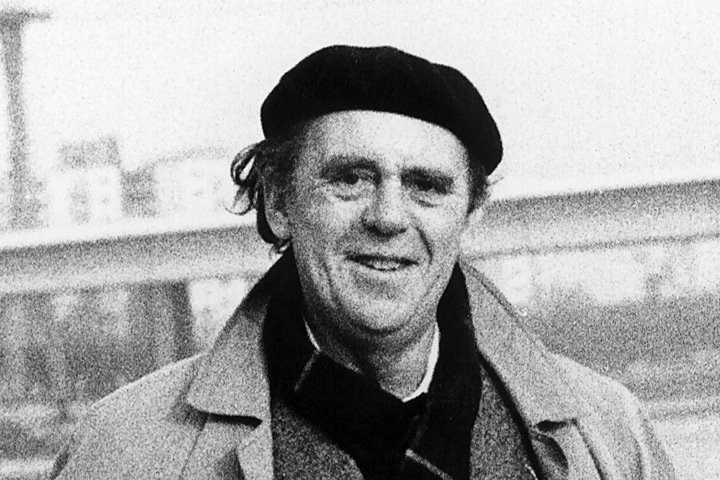 Heinrich Böll is one of the most important and best-known writers of the Federal Republic of Germany. "Bound by the times and my contemporaries, to what my generation has lived through, experienced, seen, and heard," as he himself wrote, he was the critical chronicler of Germany’s history at mid-century.

He was awarded the Nobel Prize for Literature for his novels and short stories in 1972.

His courageous and unerring intervention significantly enriched and influenced political culture in Germany. Throughout his life, Heinrich Böll transcended all ideological boundaries in his committed support of persecuted colleagues, civil rights activists, and political prisoners; this once earned him the mocking title of "Warden of the Dissident Wayfarers" in an East German magazine.

His global commitment to human rights greatly enhanced the image of the Federal Republic of Germany and fostered international understanding. His books and essays vividly portray the first 40 years of German democracy following the Nazi dictatorship. Committed to speaking out against the global threat of nuclear destruction, he was actively involved in the peace movement in the early 1980s.

Heinrich Böll was president of PEN International for several years.

His most important works include "The Bread of Our Early Years," "Billiards at Half-past Nine," "The Clown," "Group Portrait with Lady," "The Lost Honour of Katharina Blum," "Women in a River Landscape," and "Irish Journal." Many of his books have been made into films.

With the approval of the Böll family and the National Convention of Bündnis 90/Die Grünen (Green Party), the Foundation carries the name of Heinrich Böll because he embodied that rare combination of political awareness, artistic creativity, and moral integrity which remains a model for future generations. The courage to stand up for one's beliefs; encouragement to meddle in public affairs; and unconditional activism in support of dignity and human rights were characteristics of the writer Heinrich Böll. The Foundation is committed to that tradition.

The Heinrich Böll Foundation is part of the Green political movement that has developed worldwide as a response to the traditional politics of socialism, liberalism, and conservatism. Our main tenets are ecology and sustainability, democracy and human rights, self-determination and justice. We Are a Green Think Tank and an International Policy Network.