Slovak political landscape is exceptionally fragmented ahead of February 29 general elections. One of the last opinion polls published before the election polls moratorium foresees eight parties to be represented in the parliament. However, conceivable scenarios include 6 to 12 parties possibly entering the parliament.  This pre-election analysis was published by EuroPolicy in cooperation with the Prague office of the Heinrich-Böll-Stiftung.

The Prague Spring ended with the Soviet Invasion in August 1968, when many had lost their faith that the regime can change, and the political representation has any degree of independency to Moscow. During the first day of occupation, 58 civilians had died as a result of shooting, explosions, or various accidental deaths. Many citizens who were abroad at that time chose to not come back. Yet there was a resistance to the events.

Ticking off the Czech Republic’s UN Commitment as Completed: Reflecting on the First Czech National Action Plan on Women, Peace and Security

In January 2017, the Czech Republic introduced its first National Action Plan on UNSCR 1325 on women, peace and security (NAP 1325), adopting it as the 64th country in the world, as the 18th EU Member State and as the first country in Central Europe to do so. Notwithstanding its status as a country unaffected by direct conflict, the Czech Republic is obliged to pursue a gender, peace and security (GPS) agenda through its foreign policy, just as other EU member state signatories to UNSCR 1325 are expected to do so.

The gas pipeline Nord Stream II should double the existing natural gas transport capacity from Russia to Germany via the Baltic Sea. Juraj Mesík explains why the Kremlin will be the biggest winner of this project.

Dare to Take Charge: The EU, Areas of Conflict in International Politics, and the Case for Assuming Greater Responsibility

We cannot quarantine ourselves from the instability that reigns south and east of Europe. Europe must strike a new balance between idealistic foreign policy and realism. The opening address of the  17th Annual Foreign Policy Conference.

A study commissioned by the Heinrich Böll Foundation found that the OECD's infrastructure investment advice to the G20 finance track lacks coherence with sustainable development and is “out of sync” with recent achievements of the global community. 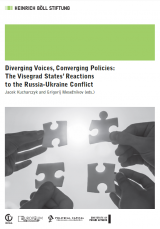 The annexation of Crimea in March 2014 and the launch of a hybrid war against Ukraine was Russia’s answer to the revolution triggered by Euromaidan. The conflict continues to pose fundamental challenges for the European Union, and raises the question of whether the EU will maintain its commitment to the political and economic consolidation of those of its Eastern neighbours which aim to make sovereign choices based on the rule of law and democracy. 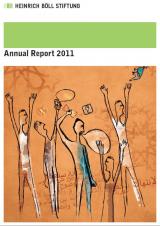 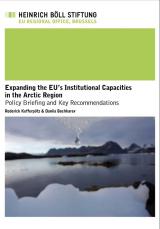 No less than a week after presenting its ‘Communication on the Arctic Region’, the European Commission’s attempts at forging a coherent Arctic policy have already taken a knock back. On 25 November 2008, Greenland has voted in favour of further self-rule away from Denmark with 75% voting ‘yes’ in a vote that had a 72% turnout.