Analysis
Czech Industry and Trade Minister Karel Havlíček refused to exclude Russia’s Rosatom from the tender until it was revealed that operatives from Russian military intelligence, the GRU, were behind the 2014 explosions at munitions warehouses in Vrbětice. Even now, however, the Russian candidate is not out of play entirely. How is that possible, and what does it mean for Czech security?
By František Marčík

Analysis
In mid-February 2021, the US state of Texas, much like the rest of the country, was hit by a series of three severe winter storms. The resulting near-arctic weather conditions have laid bare the long-standing weaknesses and inefficiencies of the Texas energy system.
By Matěj Jungwirth

In many countries, solar energy is enjoying great success – photovoltaic modules are increasingly affordable and available to those interested in producing their own electricity. In the Czech Republic, however, those investing in and building solar power stations must constantly resist efforts by the government to destabilise the business environment.
By Martin Sedlák 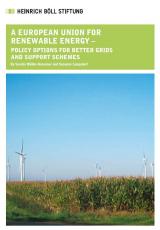 The Heinrich Böll Foundation commissioned a working group of experts from politics, industry, applied science and civil society considering the challenges of European energy security, economic competitiveness and sustainability and the need to convince governments, businesses and European citizens of the practical feasibilty of a common European vision. 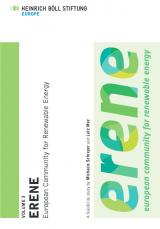 The global energy system is undergoing a structural crisis. At its heart lies the need to restrain climatic change while at the same time dealing with energy security in an era of rapidly growing demand. The widening gap between rising demand for energy and limited resources of oil and gas has, together with speculation, increased fuel prices to record levels. This in turn has raised the spectre of a recession. These combined challenges pose a significant threat to international economic and political stability. The current make-up of the European Union, with its flagging institutional reform owing to the Irish No vote, is ill-equipped to deal with these challenges. An outdated Nice treaty that does not reflect the new realities of an EU with 27 members is impeding effective decision-making, thereby undermining the EU’s role in a rapidly changing international system that is increasingly being shaped by rising powers such as China, India and Russia. The urgency for institutional reform is quite clear to everyone. Nevertheless, in times like these the EU cannot limit itself to institutional reform alone.

Reality check on the Bali promises after Bonn II: Where is climate heading to in Copenhagen?

In mid-December 2007, the US delegation finally stopped blocking the way towards reaching agreement and the Bali Action Plan was approved late at night. After two weeks of tough negotiations, which included booing in the room, the approval was a “real breakthrough and a real opportunity” as Yvo de Boer, Executive Secretary of the UN Framework Convention on Climate Change, put it.

Future of the energy systems