It happened quickly and quietly. Within two minutes, Prague City Assembly members managed last September to discuss and approve a local obligation to reduce CO2 emissions by 40 % by 2030. Of the 58 assembly members present, 40 voted in favor and nobody was against.
By Petra Kolínská

The Meaty Side of Climate Change

"Carbon majors," like big oil and gas companies, have long been the focus of efforts to curb climate change and stem rising temperatures. And yet, while energy giants like Exxon and Shell have drawn fire for their roles in warming the planet, the corporate meat and dairy industries have largely avoided scrutiny.
By Shefali Sharma 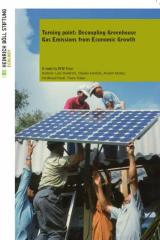 The transformation of economic growth towards a lower dependency on fossil fuels and related greenhouse gas (GHG) emissions is essential for the feasibility of a successful global climate strategy. A study by DIW Econ. 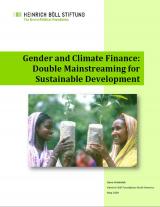 Climate change is real, it is happening already, and its impacts on people are not gender-neutral.  It is affecting men and women all over the world differently, especially in the world’s poorest countries and amongst the most vulnerable people and communities. 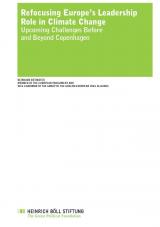 What europe must understand is that its real leadership ambition should concentrate on being the first to create a low carbon economy. the real breakthrough for climate policy will not come through diplomacy. Rather, the breakthrough will come as countries learn to understand that saving the climate will help save their economies and safeguard their security. 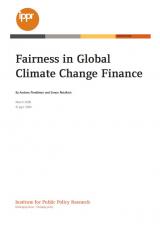 It is now well established that action to avoid dangerous climate change must take place according to the principles of ‘responsibility and capability’, and the UN’s Framework Convention on Climate Change (UNFCCC) subscribes to this view. Morally and in political terms developed countries should lead global mitigation by making significant domestic emissions reductions. 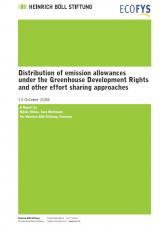 Niklas Höhne and Sara Moltmann from Ecofys compares the distribution of emission allowances under the GDRs framework with other well established proposals. 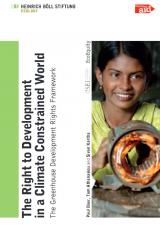 The Right to Development in a Climate Constrained World

Climate science tells us that we’ve pushed beyond ‘dangerous anthropogenic interference with the climate system,’ and are on the verge of committing to catastrophic interference. In this context, it’s necessary to raise our heads, if only for a moment, from the tactical scrum, and to consider brute necessity. - A report by Paul Baer and Tom Athanasiou of EcoEquity and Sivan Kartha of the Stockholm Environment Institute, with the support of Christian Aid and the Heinrich Böll Foundation.

It is now well established that action to avoid dangerous climate change must take place according to the principles of ‘responsibility and capability’, and the UN’s Framework Convention on Climate Change (UNFCCC) subscribes to this view. Morally and in political terms developed countries should lead global mitigation by making significant domestic emissions reductions. But in a world of limited finance, reductions arguably be undertaken wherever they can be made for the lowest cost. Since emissions reductions in developed countries are insufficient to resolve the climate problem and are often more expensive to make than in developing countries, the principles of responsibility and capability might more productively be applied to the financing of global reductions: this would mean that the higher a country’s level of responsibility and capability, the greater its share of global climate finance. Technically, developed countries are already obliged to transfer finance to developing countries, under the UNFCCC, which states that ‘agreed full incremental’ costs in developing countries should be met by finance and technology from developed countries (Article 4.3).

The last Sunday in March will see the start of a two-week meeting of the UNFCCC in Bonn. This is the negotiators’ first meeting this year, meant to present a final agreement on establishing a global regime to replace the Kyoto Protocol. If everything goes smoothly, the many weeks of marathon negotiations will end in Copenhagen this December.